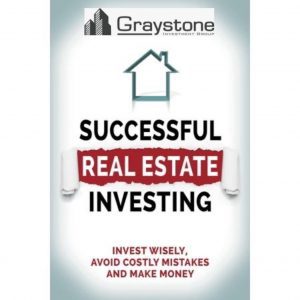 An Anchoring bias or an Availability bias can cause you to overlook opportunities and lose money.

Investing is a numbers game. I meet new investors every day and most of them are good at numbers. They can keep their emotions at bay and make logical decisions. However, even seasoned professionals have blind spots. Expensive blind spots. Here is a true story of an investor (name has been changed) and how his blind spots prevented him from making the right decisions.

McDowell is a seasoned investor. He came to the office to discuss what he was looking for. The meeting began with a familiar refrain. He said, “The market is white-hot. It’s slim pickings for investors. I bought 12 deals in 2019, 7 deals in 2020, only three deals in 2021, and it looks like I won’t be able to buy even one in 2022.” I asked him about his deals, and he told me that he only bought flips. He had made an average profit of $50,000 on each of them. He stayed away from all other types of deals. He was a victim of the success trap. This happens to someone who has done something that worked but cannot duplicate the success anymore because the market has changed. He kept comparing the new deals to his previous ones, and he wasn’t finding spreads of $50,000 anymore. I probed deeper to understand his strategy and ROI. Here are the numbers on a typical deal he did

As he shared the numbers with me, I nodded my head in agreement. I could see that he knew what he was doing and had the experience to prove it. However, the inventory has been so tight that he could no longer find deals like these. He was frustrated and didn’t know what to do.

So I asked him the most logical question. “What’s your next option? If you can’t find the deals you’re looking for, where will you invest the money?”

I knew then that Carl was acting out of bias and not out of logic. What were his biases and how was he acting out on those? Let me explain.

There it was—an investing blind spot. Carl had gone from an ROI of 132% down to 10%. No in-betweens. Many seasoned investors will relate to this. The ROI on the second-best option is miles away from the first option. This results from two cognitive biases: Anchoring Bias + Availability Bias.

Cognitive biases are blind spots in our thinking that cause poor choices. The way to avoid them is to be aware of them so that you can avoid the pitfalls they bring with them.

Anchoring bias results from the first example: The first price you see will become your yardstick to judge all other prices after that. It is a pernicious bias routinely used on late-night infomercials on TV. It’s usually about a new kitchen product like a set of kitchen knives. The host says, “These knives are usually sold for $350! But if you order them now, you can get them for $99!”

Knives for $99 may not be a good deal, but it looks like a great deal because you subconsciously compare it to the anchor price of $350.
In the case of flipping homes, the Anchor profit set in Carl’s mind was $50,000. Any profit lower than that seemed like a bad deal.

The other bias that adds fuel to the fire is the Availability bias. It is a mental shortcut that relies on immediate examples when evaluating whether or not something is a good deal. This is the most common of all cognitive biases. For instance, Plane crashes can cause people to feel afraid of flying even though dying in a car crash is far more likely. Statistically, it is 86 times more likely that a person will die in a car accident than in a plane crash.
In the case of flipping homes, the only examples that Carl could think of other than his own were flipping shows on TV where profits of $50,000 are expected.

What could Carl do to turn the situation around? Could I help him see his dilemma? I did. Here’s how:

To help Carl spot his cognitive biases, I asked him a series of questions:

“No. I don’t think I would buy a rental. The return is too low compared to the flips.

The learning for Carl was not necessarily that he should buy rentals even though it’s the more prudent choice. The wisdom was to understand the influence of cognitive biases when making decisions.

Cognitive biases affect all of us. Any time that you’re making an investment decision, do this test to see if your decision is being influenced by the anchoring bias and the availability bias:

Write the numbers on a piece of paper and convert all the ROIs to annual numbers after adjusting for leverage so that you’re comparing apples to apples. Then choose the option with the highest return and act on it. This way, you’ll be able to avoid stepping on dollars to chase pennies.